Doug Brooker has spent decades covering wrestling, but doing it behind a wall of monitors. A longtime producer, Brooker worked for Iowa Public Television for 30 years and was the go-to guy when it came to wrestling on television. Brooker also was on the ground floor with Big Ten Network’s wrestling broadcasts and he’s worked 10 Olympic Games, with seven of them involving wrestling. He’s also an avid baseball fan and has traveled the country seeing ballparks of all shapes and sizes. Join Kyle Klingman and Andy Hamilton as they talk about the world of wrestling on the flagship podcast of Trackwrestling.com from FloSports.

2:50 – Kyle digs on the Iowa performances at the NCAA championships.

13:00 – The Iowa High School state wrestling tournament is one of the biggest events in the state.

15:00 – Rise of the non-Division I programs in Iowa and the developmental pipeline.

And if you’re a fan of the extensive and broad-based reach of the shows on the Mat Talk Podcast Network, become a TEAM MEMBER today. There are various levels of perks for the different levels of team membership. If you like wrestling content — scratch that — if you LOVE great wrestling content, consider becoming a team member. You’ll get some cool stuff too.

Looking to start a podcast of your own?
Get a free month with Libsyn by using the promo code MTO when you sign up. You’ll get the remainder of the month from when you sign up as well as the next month free. It’ll be enough time to kick the tires and lights some fires.

Liked it? Take a second to support Mat Talk Online on Patreon! 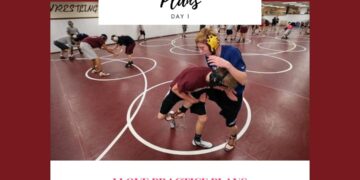 Practice Plans Show Me Yours! 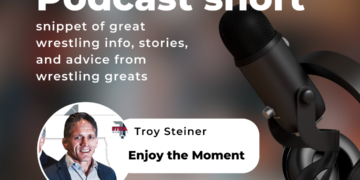 Recruiting, NIL and back on campus – AAS4E3

Video of the Day! Steve Costanzo's 80/50 Movement Drill for Wrestling!