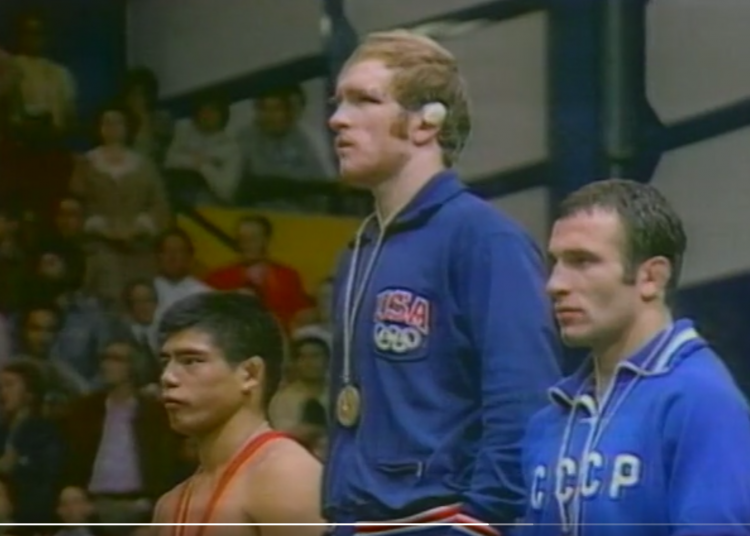 The follow article was printed in the Forest Hills Central Wrestling Clinic Program featuring Dan Gable in the fall of 1997. It has been edited for grammatical accuracy and syntax.
POWER AND TOUGHNESSDAN GABLE’S WINNING FORMULA FOR WRESTLING

Do you want to know the secret to be a winning Wrestler? There are two vital ingredients, and they’re no secret. You’ve got to know what you’re doing – know the techniques, the positions, the moves, know where you are every minute on the mat. And you’ve got to be in top physical condition to be able to make those right moves.
Anybody can say, “Okay, now I know what it takes to be a wrestler.” But the boys who go to the top are the ones who realize it takes lots of extra effort, more than what the average athlete is willing to make. The Olympic quality wrestler is the one who works out every morning, who goes out and runs 2 to 2-1/2 miles before school. He is the one who sets up a program of weightlifting for himself and follows it, both off-season and on.
It’s his attitude that sets him apart and helps him to the top. First, he gets satisfaction from knowing that he’s out there doing his best. Of course, winning will give you more satisfaction than losing, but in sports, there is always a winner and always a loser. If you know you’re doing the best you can, that’s the most you can demand from yourself. The winning will take care of itself.
The winning wrestler shows he is willing to give extra effort by designing his everyday life around his wrestling goals. This is what I did. I had a job in the summer; it was a job that would help my wrestling, maybe a hard construction job to help my strength and conditioning. If you think you’re going to be the best, you need complete, total dedication.
WORK HARD AT PRACTICE
You’ve got that complete sense of devotion to your sport; it will show up in your attitude toward practice. The most important thing is being on time to practice every day and working hard at that practice. And during the season, listen carefully to your coach. He will give you a good training program to follow.
Whether your coach gives you an outside conditioning program or making up your own, you must do more than what you do in actual practice time. When he leaves the room, every athlete at practice must wait 24 hours until he gets back. If he waits this long, he is going to be the same as every other kid. If you’re one who wants to, you will be out there running in the morning and lifting weights.

When I see wrestlers walk onto the mat, I know who will win; the confident one. There is only one way to have a lot of confidence, and that’s to have a very tough mind, and that’s to be physically prepared and in superior condition.
LEARN FROM YOUR MISTAKES
You can learn a lot from your own mistakes, in wrestling as in any sport. It’s one of the best ways to learn. I’ve always seen so many guys in practice get flipped onto their backs in a “danger” position, and instead of fighting and learning how to get off their backs, they will stop and say, “Well, you got me, let’s start over again.” Then they get into a match and get flipped on their backs and don’t know what to do. They aren’t learning from their mistakes.
If a guy takes me in a certain move, I’ll get back up and get into the same position he took me from because I want to learn how to counter that. So, he takes me down, and I get back up, get in the same position, and he takes me again. Maybe the fourth time he doesn’t take me, I have learned a little bit. I learned how to counter him, and until I do that, I’m going to get in trouble. Everybody has the right to make a mistake. But if you go out and keep making the same mistake, you’re not learning anything.
YOU NEED POWER
As a wrestler, you need the power to move your opponent around the mat. You’ve got to pull him out and control him, push him to one side or turn him around, or ride him. It’s the position where you lock your hands around your opponent’s back and make him go where you want.
To build this power, I recommend chin-ups, push-ups, and bent rowing with 40-pound dumbbells. Do three sets of chin-ups and push-ups until you can do no more. No limit. Try three sets in the morning and three sets at night to increase your strength. As for the rowing exercise, assume a slightly bent over position with your legs flexed at the knees and the weight held with arms straight in front. Rotate the barbell down and towards the chest, and then up and away from your body, flexing your arms at the elbows. Do three sets of maximum repetitions.
Let’s finish with a few general tips that will help you succeed in wrestling: 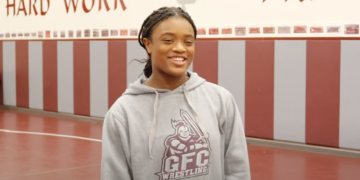 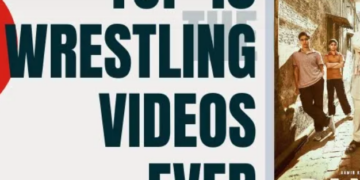 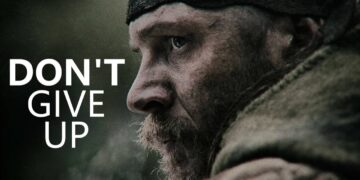 Motivation Monday Video of the Day! WATCH THIS EVERYDAY TO CHANGE YOUR LIFE – Motivational Workout Speech 2020