Coach Guy Melby’s wrestlers from Sidney, Mont., ran far, far away from the field at the Bismarck Rotary club wrestling tournament this year.

The Eagles laid waste to everyone in their path, including themselves.

Sidney won the Rotary tournament last year with 213 points, respectable, but not eye-popping. On Saturday, the Eagles completed a tournament-record 295.5-point performance. They left the previous mark of 274.5 far in their wake. That prior record was set by the Bismarck Demons in 1991.

Leading the Sidney parade were there champions — sophomore Aden Graves at 145 pounds, senior Jett Jones at 195 and junior Brodey Skogen at 220.

The Eagles scored at every weight, save 170 where had no one entered. They had four runners-up, two thirds, two fifths and two sixths.

“We want to try and break our record from last year. We scored over 300 points and had 16 placers. This year we want all 17 of us to place,” he noted.

Sidney finished Friday’s session with 243.5 points after qualifying seven men for the finals with a strong semifinal round.

Jones, who places second at 182 pounds at last year’s Rotary, said the Eagles came to Bismarck with high aspirations. They haven’t failed to win this season in dual or tournament competition.

“We thought we were going to win it again,” he said. “We only lost four seniors from last year … and we have some freshmen who are doing great.”

Although the Eagle wrestling program boasts 11 state championships, Jones said it was slim pickings during his first varsity season.

“My freshman year I think we won three duals. We only had 10 wrestlers on the varsity. Since then we’ve gotten more and more numbers and the talent has been increasing,” he observed.

Sidney’s blowout effort left Bismarck and Rapid City, S.D., Stevens out in the cold. Bismarck boasted three champions and 223.5 points. Stevens had two individual champions and 205.5 points. There have been seasons when both those totals would have won Rotary championships.

Voorhees won the feature match of the championship round. He and Sidney’s Dylan Lutz entered the 160-pound finale undefeated. Voorhees won 9-5, boosting his record to 28-0. Lutz, a junior, lost for the first time in 24 decisions.

Other individual champions were senior Brenden Salfrank of Aberdeen, S.D., at 113, junior Reece Barnhardt of St. Mary’s at 126, senior Kelby Armstrong of Minot at 132, senior Garrett Jangula of Napoleon at 170, senior Jayden Hartford of Watertown at 182 and senior Brody Defoe of Grand Forks Central at 285.

Barnhardt and Jangula won their third Rotary championships and Salfrank us a second-time winner. Salfrank, Voorhees, Jangula and Jones all emerged from the tournament undefeated.

Jangula left the Event Center with a bundle of hardware. He was named the tournament’s most valuable wrestler and took home the pinner award.

All five of Jangula’s Rotary matches ended in pins. He’s 11-0 on the season with nine pins. He said his goal is to end things quickly and cleanly. He’s never been a fan of the takedown-escape, takedown-escape, technical fall strategy.

“That seems cocky to me. I don’t want to wrestle that way,” he said.

Jangula said he’s have more matches on his log, but he ended the football season with a neck injury that carried into the wrestling season.

Although he’s a senior who is an all-state football player and a three-time state wrestling champion, his future plans are uncertain,.

“I’m not sure if I’m going to compete in college sports yet,” he said.

Barnhardt has thee Rotary championships and two state titles in his collection with a year to go. He’s 30-1 this season with titles at the Mandan Lions and Rapid City Invitational. His only loss was at the Rumble on the Red in Fargo last month.

Championships run in the Barnhardt family. Reece’s older brother, Tate, was a two-time state champion for St. Mary’s in 2014 and 2015 and his father, Duane, won state titles for Century in 1984 and 1985.

While he’s enjoyed great success at the Rotary, Reece says he doesn’t place any special emphasis on wrestling at home.

“I just think of it as another tournament. I take it one match at a time,” he said.

Reece jumped on Jordan Darby of Sidney fast and hard in the 126-pound championship match, taking period leads of 6-3 and 11-4 en route to a 19-7 victory. He said that match was fairly typical of his approach.

“My goal was to tech (Darby) or pin him. … I just do the stuff that I’m good at and get to it. I don’t want to wait around.” he said. “If you wait around, you give the other guy a chance to do what he’s good at.”

Sidney now has three Rotary championships to its credit, and Melby says the Eagles will be back next year for another try.

“This year we have three seniors, who are great leaders, and our junior class is our bread and butter. … We’re still young,” Melby noted. “What’s special about these guys us they do every aspect of the sport to their hardest.”

The effort shows. The Eagles now stand 16-0 in duals with championships in all four of the tournaments they’ve entered. 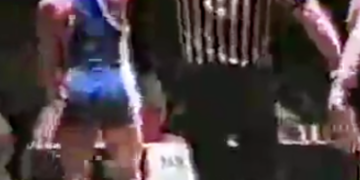 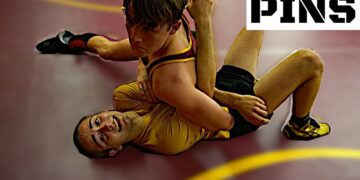 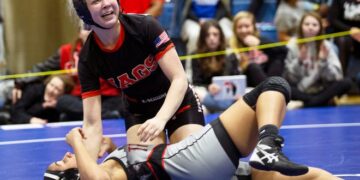 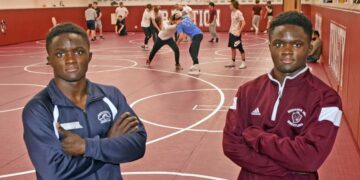