ShareShareShareShareShare
My Sunday evening thoughts … There has been a lot of controversy around participation awards and everyone getting something even if they didn’t win whether that was a ribbon, medal, trophy, t-shirt, etc, when it comes to competition.
I’m not 100% sure where I stood on this issue before since I really haven’t put much time or thought into it, but I have formed an opinion today… for now.
A little background:  Dutch has maybe been to one live wrestling match in his lifetime, and was probably not old enough to even remember it. He really hasn’t had much interest in sports and when asked if he wants to go watch different sporting events, his usual response is a polite “No thanks!” as he plays with his tractors on the counter or watches a dad and his son on Kids Youtube playing Farming Simulator 20.
When we asked him if he wanted to wrestle this year, he didn’t hesitate to say “Yes.” Last year, he went to a few practices and that was the extent of his wrestling season. This year, he has been going to practices and has been learning so much!
Today was the day – his first wrestling tournament to compete in! Dutch (who woke up at 4:30 AM

-nervous for sure) and Drew left this morning to head to Chamberlain to get registered.  I came later with Clyde after dropping Kirbi off for an afternoon with Grandma Marlene and Papa Mike since the wrestling didn’t start until noon. Up to the bleachers we went after arriving at the armory. We opened our phones up and checked his bracket – he had 4 kids total, so he would wrestle three times in a round-robin format.
It was time for his first match – down the bleachers I went, phone in hand to capture the moment.  He got out there with a nervous smile and the referee gave him a colored strap. Not knowing what to do with it, he wrapped it around his calf muscle

and was ready to rock! He gave it his all, but ended up getting pinned in the first period. He was confused, not even really knowing that the match was over. Quickly, he learned that if your arm isn’t raised by the referee, then you lose.  Time for the 2nd match – this one was a BATTLE! He and the boy he was wrestling were up and down and all around! The first period ends, still no winner. The referee flips the disc.  Dutch has no clue what that even means, but finds out that he is going to start the 2nd period on the bottom.  He wrestles his tail off only to end up getting pinned with very little of the period left.  Heartbreaking! Shedding very few tears, he and his dad had a little visit and headed to the concession stand (the healer of many wounds of losing)! 3rd match comes up and he gets caught in a quick headlock and the match is over in just a few seconds. He watches the other boy’s hand get raised by the referee and realizes he lost… again. He comes over to Drew with tears in his eyes. Drew gives him a few words of encouragement and we move to the award stand after they call his group’s name to come over. The three boys that he wrestled were up close to the table holding the awards and Dutch hung back behind them watching. The others received their metals and I could just see the thoughts running through his head, one of which was wondering if he would receive anything for not pinning anyone (pinning is winning in his mind- he doesn’t get the points game yet). The gal says his name and hands him a metal and he looked back at us with the biggest smile of the day! He walks to the podium and stands on the “4” step with his medal around his neck and puts another smile on his face (even though he told me earlier that wrestlers don’t smile)! My mom heart exploded!
We knew going into today that this could be tough for him. As a mom, all you want is for your child to just win ONE on their first time out. That wasn’t the case for Dutch today in competition, but he did win at the end of the day! He won a medal and yes, one could say it was just because he participated. But to me, it was for so much more than that! It was for getting out there and doing the things we preach at our house everyday – try new things, be brave, do your best and work hard! Trust me, Dutch knows that he got beat today – in fact, when showing family his medal, he made sure they knew that he didn’t get any pins today, but what he doesn’t realize yet is that that medal will probably be what he aims for in the future! I’m all for a medal for kids being brave, trying new things, doing their best, and working hard only to fall short of a “win.” Dare I say that I’m all for participation medals today!
Thank you Chamberlain Youth Wrestling for recognizing all kids, even the ones who lost every match!  You gave them a bright spot in the day which will hopefully be just what they need to keep them coming back to the mat or the sport in general!
Now, Dutch has a lot to learn and has more experience/exposure needed! But I’ll tell you what… being rewarded for the process and not the outcome will be the driving force behind his future successes!
Time for him to get back to work… and he’s excited to go back to practice on Tuesday!
P.S. He received Student of the Week this Friday for so many positive reasons – the heart of this boy and his love for school has his parents beaming with pride and smiling from ear to ear!
P.S.S.  He got to go see Monster Trucks this weekend with his Daddy – a memorable experience for the two of them!
Signing off as an incredibly proud (and tired) mom of a kid that earned Student of the Week, experienced REAL monster trucks up close, and who went 0-3 on the wrestling mat while working hard, doing his best, being brave, and trying something new today to earn a 4th place medal! 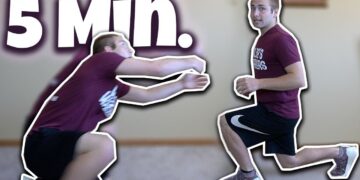 Video of the Day! 5-Minute WRESTLING WORKOUT *follow along* 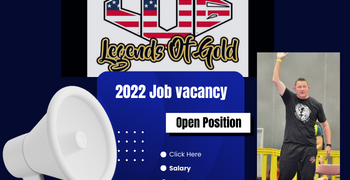