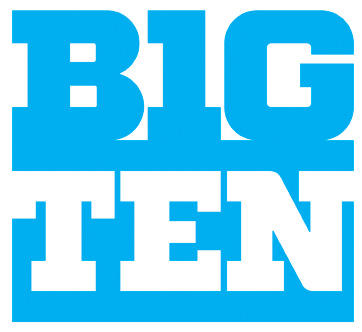 ShareShareShareShareShare
ROSEMONT, Ill. – The Big Ten Conference office announced the dates and opponents for the 2021-22 wrestling season Wednesday. The schedule features eight conference duals for each of the 14 Big Ten programs and concludes with the 2022 Big Ten Wrestling Championships, to be held over the first weekend in March at Nebraska.

All 14 teams will open Big Ten action Jan. 7-17. On opening night, Jan. 7, reigning Big Ten Champion Iowa will play host to Minnesota, while Big Ten Dual Meet Co-Champion Penn State will travel to Maryland. Indiana will open its conference slate against Rutgers in Piscataway, N.J., Northwestern will visit Wisconsin, and Purdue will travel to Nebraska. The following weekend (Jan. 14-17), Illinois and Michigan will make their conference season debuts by traveling to Rutgers and Ohio State, respectively.

The 108th Big Ten Wrestling Championships will be held March 5-6, 2022, at Pinnacle Bank Arena in Lincoln, Neb., with Nebraska playing host to the event for the first time. All 14 conference schools will participate in the championships, which begins Saturday, March 5, with the first-round, quarterfinal, semifinal and wrestleback matches taking place during Sessions I and II. Action continues Sunday, March 6, with consolation semifinals and seventh-place matches getting underway during Session III and the first-, third- and fifth-place matches highlighting Session IV.

The 2021-22 Big Ten wrestling schedule can be found in the link above. Times and television designations will be announced at a later date.

NOTE: All dates subject to change 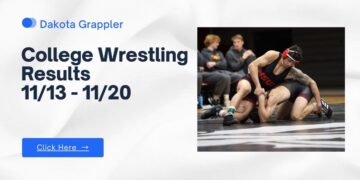 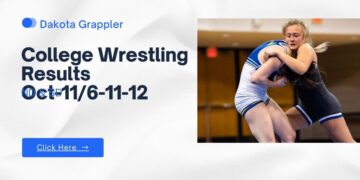 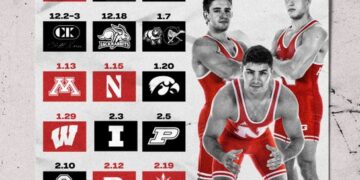