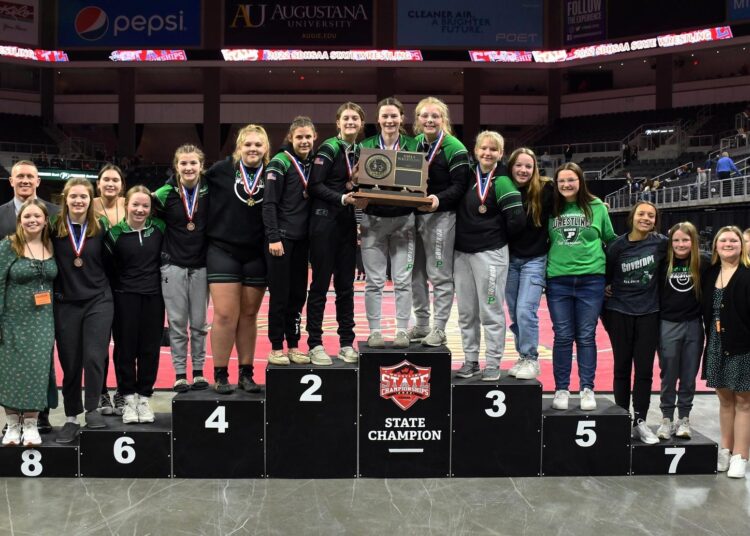 Last year was the first season of a sanctioned high school girls wrestling division in the state, and this year the number of girl wrestlers increased enough for there to be ten weight classes.

For Pierre this season, they officially have seventeen girl wrestlers on their roster. While the sport will continue to grow, numbers right now played into the Governors favor.

“We brought ten here to state and placed eight of them. So that alone, not a lot of schools have even eight girls on their team, so numbers are really important for girls wrestling right now,” explained Pierre head girls wrestling coach Matt Thorson. “Luckily our community buy in has really embraced girls wrestling, and it’s a huge reason we have the numbers that we do.”

As a team, the girls Governor wrestling squad finished with 146 team points. Canton took second with 129, Spearfish in third with 83, Harrisburg at the number four spot with 75, and Brookings rounded out the top-5 with 61.

Pierre is a pretty solid wrestling school in South Dakota. The boys, since 1971, have won eight state team championships. They won four straight from 2015 through 2018. Last year, the Governors boys also won the Team Dual state title in Class A.

“The boys program has been really successful, which I think helps. Parents, families, they’ve embraced it and it’s just a wrestling town and it’s starting to feed over to the girls,” said coach Thorson.

Now it’s the girls turn to start their own wrestling legacy in the city of Pierre. One thing is for sure, the standards have been set. And with no seniors on the roster, the Governors girls wrestling team will be back in 2023 looking to make noise once again at the state tournament.

“It’s been a lot of fun,” exclaimed Thorson. “These girls, it’s a rollercoaster of emotions, a lot of ups and downs, but these girls had a great experience and I’m so happy for them to say that they’re the first ever girls state champions – so it’s pretty cool.” 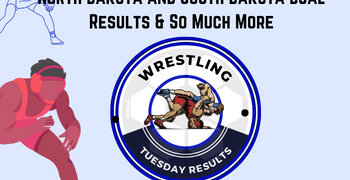 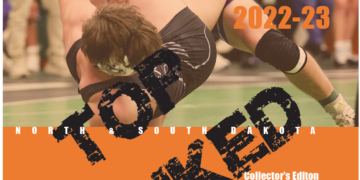 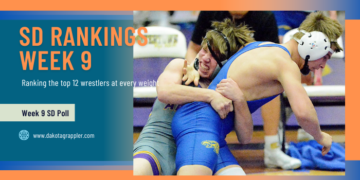 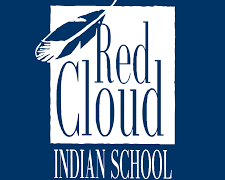 Tuesday Technique: Scoring from a Chestlock